0 item(s) - $0.00
Your shopping cart is empty!
Welcome visitor you can login or create an account.

Derek Hess - Please God Save Us 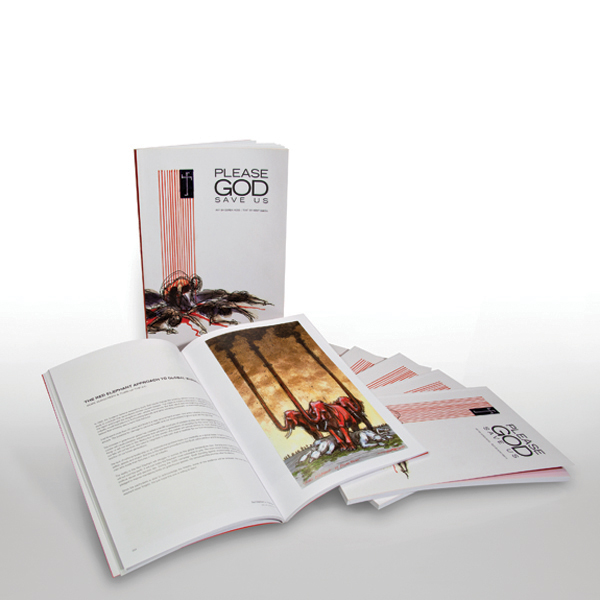 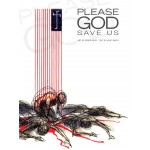 Please God Save Us is a book of art and words written by internationally known artist Derek Hess and Cleveland politician Kent Smith. Initially created as an avenue for Hess to vent his frustration with the current administration, the work then became a one-night only art show in Hess hometown of Cleveland and got such a strong response it seemed natural to want to share it with people of all political and religious denominations. The book addresses a variety of topics including: the Republican Party, the Christian right, America's foreign policy, the environment, the Iraq War, stem cell research, evolution, rock and roll, the Fox News channel, Sponge Bob and Santa Claus. Please God Save Us is intended to educate and inspire its readers whether or not they agree with either the art or the words. The book is not, however, meant to be an attack on Christianity but rather an interpretation of how religion is perverted to fit the needs of its followers, whomever they may be.