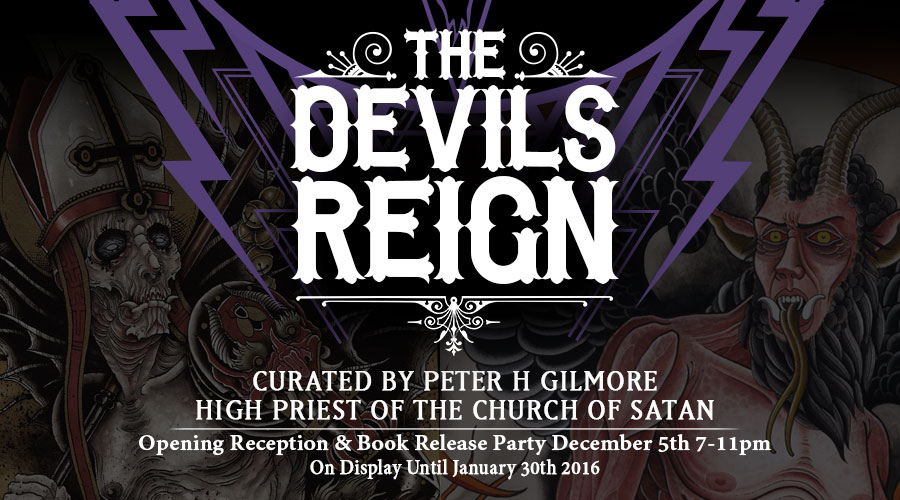 Top Tattooers & Illustrators featured in an exhibit and book release curated by High Priest of the Church of Satan, Peter H. Gilmore.

In addition to the art show and book release, new Fort Myers brewery, Bury Me Brewing, has created a special Peter H Gilmore craft beer for the event. The brew was created under the guidance of High Priest Gilmore and will be available by the glass during the opening reception and at Bury Me Brewing, who recently opened at the front of the Miracle Plaza near HOWL.